On Tuesday 17 May, SNCF Réseau awarded Lot No. 2 of the RRI (Industrialized Rail Renewal) contract to ETF, a VINCI construction rail subsidiary).

This contract, worth almost €24 million per year, will begin in January 2024 for an initial period of five years, with an option to extend for three years.

An average of 270 km/year of rail (135 km/year per rail line) will be replaced each year thanks to ETF’s REVO (rails and fasteners replacement machine) work train, and a new 432-metre rail transport train that will both transport new rail and reload old rail. 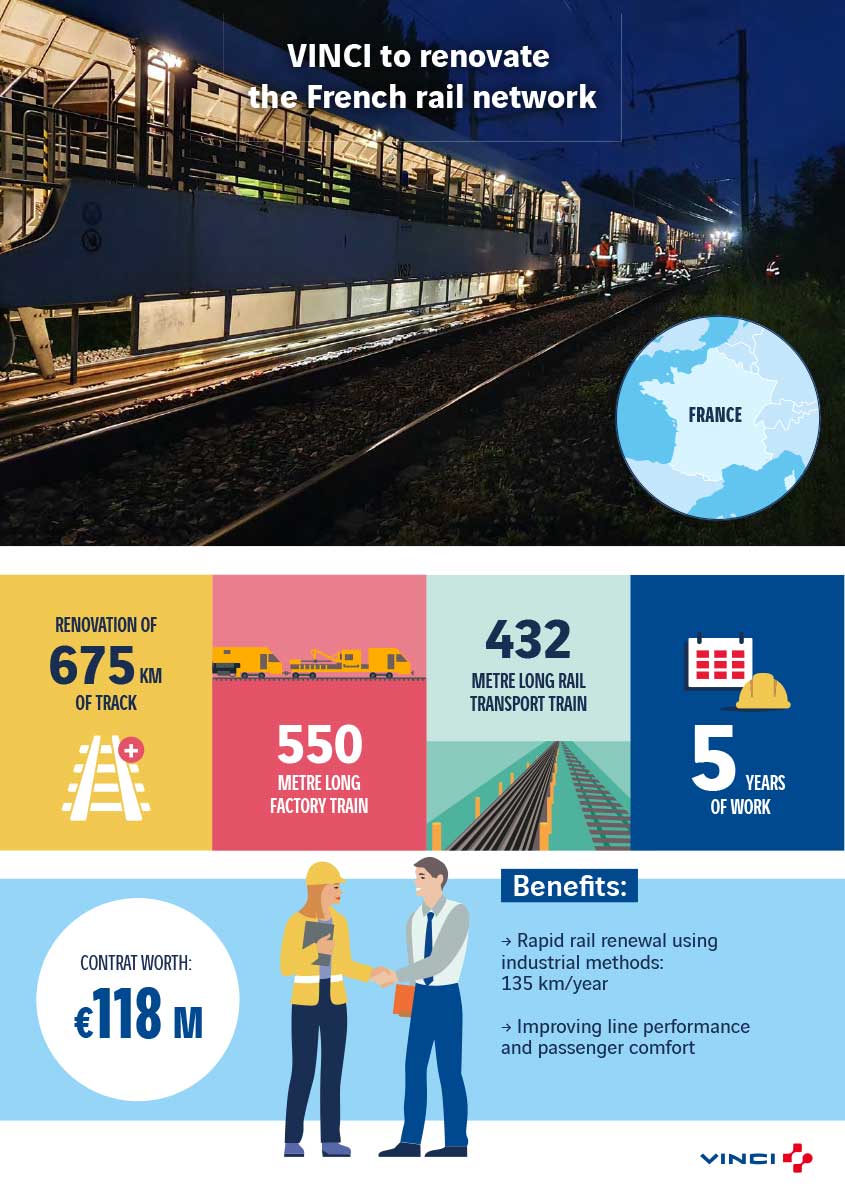